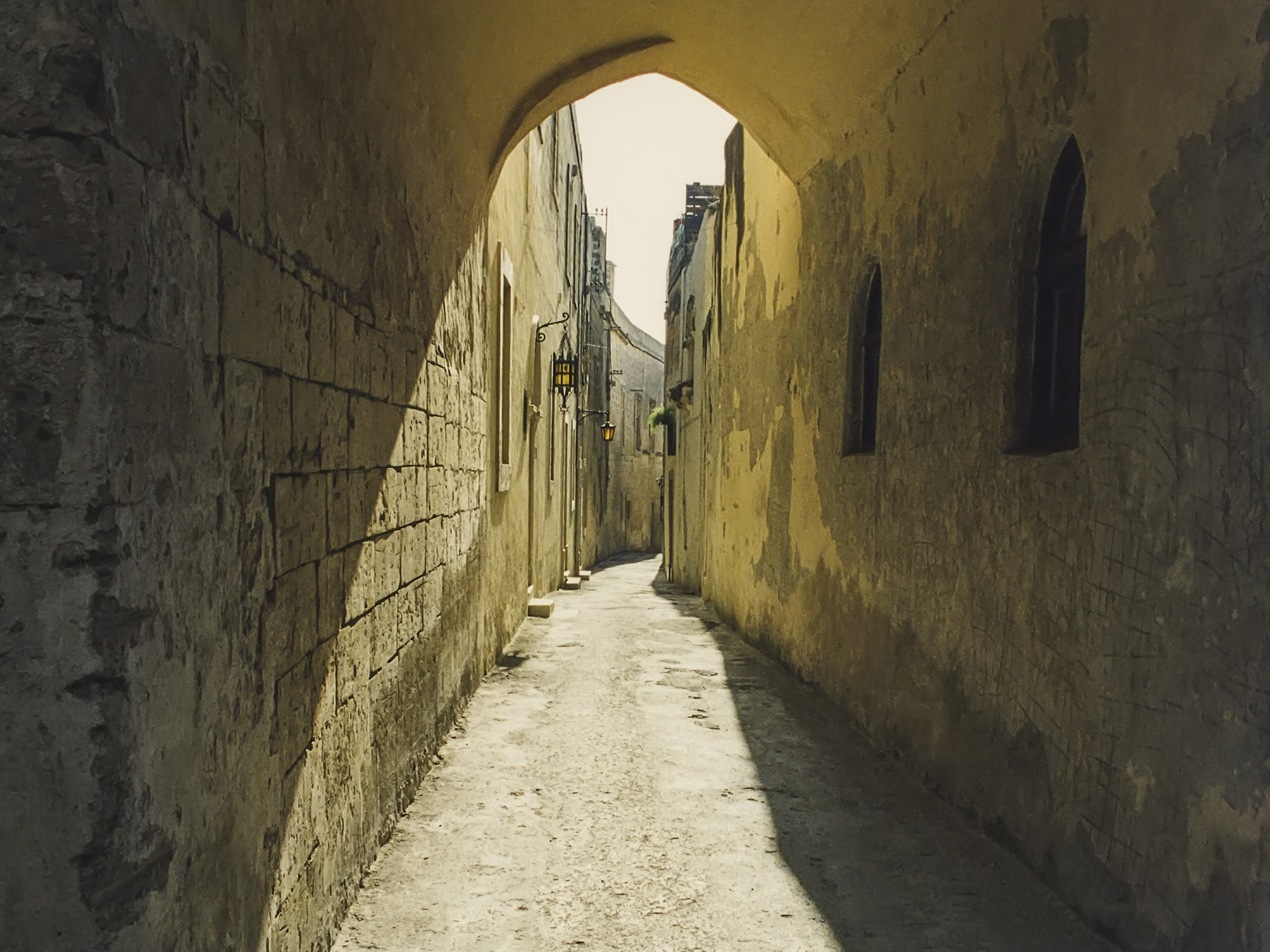 Nicknamed “The Silent City” by locals, M’dina’s history is long and rich. At the highest—and most strategic—point of the island the people, who are a mixture of Italian and Phoenician, built their capitol city. Strategy engrained itself into the fabric of their worldview because the Maltese had been overrun so many times, and they were determined to no longer be pushovers. The entire city rose in attempt to give them an intentional advantage over any would be assailants.

Now, the city is quiet, not because there are no more attackers, but because no cars are allowed. Wagons are allowed, but no vehicles. The odd absence of sound leaves one thinking, pondering, and observing with more attentiveness than usual. Like other parts of Malta, the buildings stand with the grandeur of 500 years of history behind them—sun-baked and golden. A maze of pathways hiding gems around every corner.

Early in the day, Dan and I rented scooters and dared being dwarfed by cars and the obvious wrong side of the road they drove on. We rode for what seemed forever on a seemingly small island. Up and up, around corners and curves, until finally parking just outside the turreted walls.

Shielded lions—the symbol of Malta—greeted us at the entrance, and we walked in the Eastern gate. We found the cathedral plaza magnificent, empty, and quiet. After a while, we turned away from the plaza and a few yards later I looked left and saw THE archway.

The slowly sweeping curve of the walkway grabbed my attention. I was curious. Apparently, the Maltese plan of defense gave archers on rooftops the benefit of the angles while raining arrows down on intruders. Attackers at ground level could only see so far down the curved corridors leaving little tactical advantage.

The bowed path held purpose as well as visual intrigue. The majority of this walkway lay in shadow and I wondered whether an correct exposure was even possible with the brightness of the sun filling most of the background. 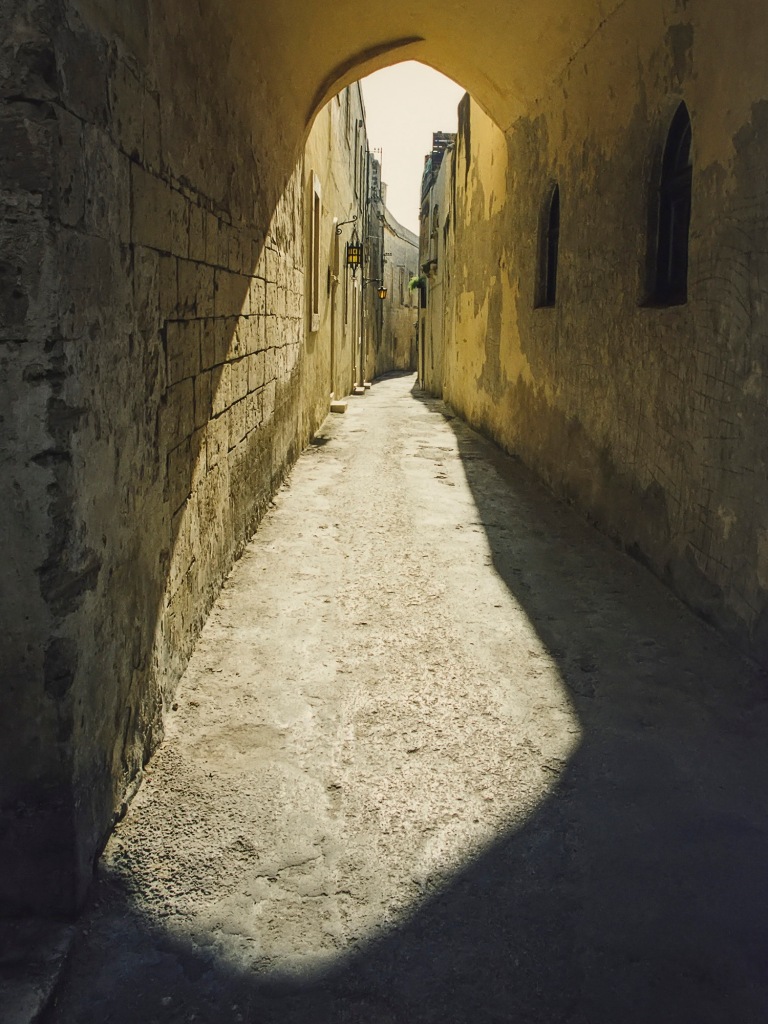 Upon return to the States, this was one of the images I couldn’t wait to see. Being shot on film, back in the day, I had to wait to see the result. It was worth the wait.

I simply called it Mdina Walkway but soon a woman in my office referred to the image as the bride. I was curious why. She explained that she saw in the light, the train of a bridal gown or even just the veil of the bride’s head.

Remarkably, you can see it both ways. I did not even see that when the image was captured. I saw the arch, the contrast of the shadow with the light, and the beauty of the details down the length of the corridor. She saw something more.

What she saw perfectly illustrated what I long to do in photography: create an image that calls people to look a little deeper. The name The Bride causes the viewer to consider something more than the obvious. The walkway’s beauty is apparent, but look deeper and ponder why the name. On occasion people see it, to others, it is explained. That’s fine…that is the beauty of art, it isn’t always easily deciphered and that is why you look again.

Consider something deeper:
Being a bride has an innate significance to a woman. Certainly being referred to as a bride would hold richer significance to a woman than a man, but even still the Bible frequently calls the Body of Christ, the church, a bride. The reference speaks of intimacy, proximity, depth, nurturing relationship, and most of all, commitment. Jesus promises the commitment of a groom to his bride. People, who make up the church, have always made an imperfect bride. Yet, how amazing is it that Jesus Christ promises His faithfulness. The church, composed of broken, uncertain, timid, wayward, and restless people are the objects of an outrageously loving pursuit by a perfect suitor.